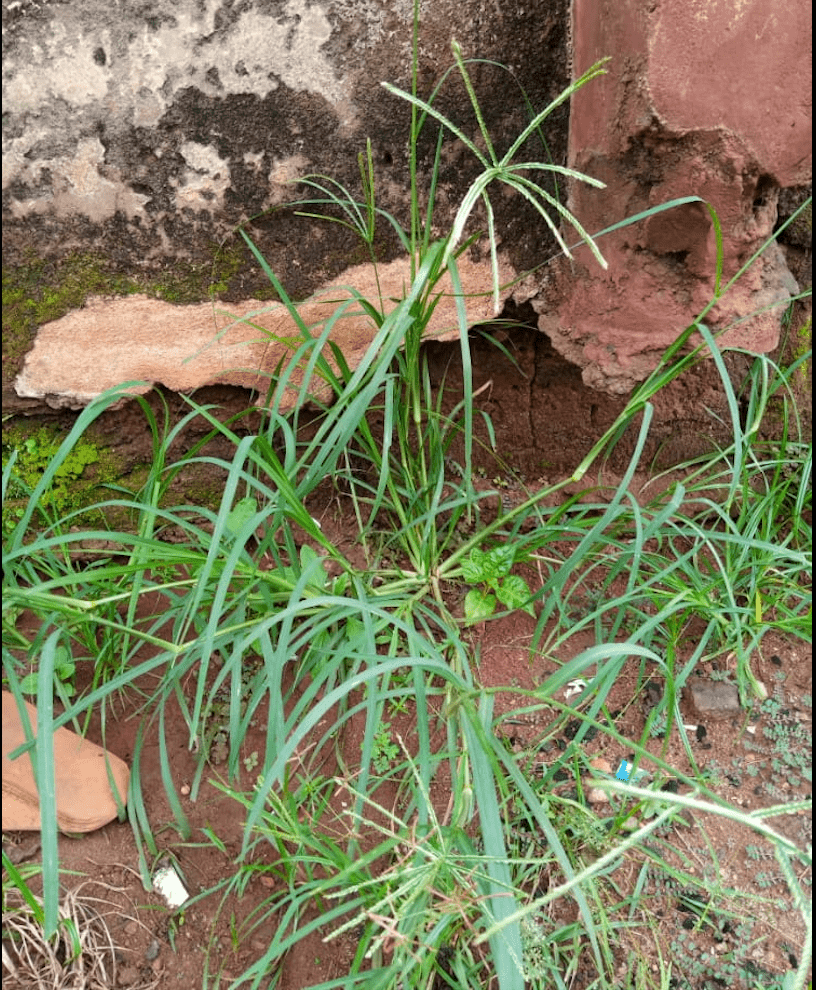 The study is an attempt to predict land restoration through changes in plant-soil characteristics. The capacity of goosegrass (Eleusine indica L. [Gaertn]) obtained from different land use areas in the rehabilitation and restoration of ferruginous ultisol was investigated. Fresh healthy tillers of E. indica from ten built environments and ferruginous utisol with iron content of 298.10 mg/kg were used in the study. The plants were grown for a period of seven weeks during which changes in the morphological characteristics of E. indica were assessed. Nitrogen, phosphorus, potassium and iron concentrations in the soil and plant parts were also determined. The morphological parameters revealed that there were no significant differences in the progression of plant height, spike length, number of primary roots. However, there was a significant decrease in the number of spikelets per plant, and root and shoot weight. Results suggest that rhizoacidity and phylloacidity of goosegrass roots and shoots result from the absorption and accumulation of iron from ferruginous utisols. E. indica shoots significantly accumulated more potassium compared to the roots. There were no significant differences in the residual iron content upon removal of E. indica from all locations, indicating that the introduction of the test plant did not significantly remove iron from the ferruginous soil. The concentration of nitrogen in the soil was not significantly impacted by the presence of E. indica as well as the root and shoot accumulation of nitrogen regardless of location. Overall, E. indica is capable of improving the fitness for agricultural use of ferruginous utisols.

This work is licensed under a Creative Commons Attribution-NonCommercial-NoDerivatives 4.0 International License.